Against All Odds, Lauren Apodaca Graduates with Help from FIU Online

In January 2011, during her first year of college at another university, Lauren Apodaca was struggling with severe anxiety when, one night, she felt a tingling sensation in her legs. As time went on, walking became increasingly difficult. One day, as she slogged her way to class, she passed out. When she saw a neurologist, she was diagnosed with Guillain-Barré syndrome, a rare disorder in which the immune system attacks the nerves. If left untreated, the afflicted person can suffer respiratory arrest or become paralyzed.

After being hospitalized for a week, Lauren began a rigorous year-long treatment of physical therapy. “I lived with constant shortness of breath and I felt weak all the time,” she told FIU Online when we requested to hear her story. “I basically had to learn to walk again. Needless to say, school was no longer an option for me.” She postponed schooling for about another year.

When her husband, a military officer she married in 2013, was stationed in New Mexico, she tried school again. Maybe staying busy would help Lauren with the difficulty of a long-distance marriage. She enrolled in online courses at another college. “But it wasn’t a good experience,” she said. “Nobody took it serious and I felt more alone.” Defeated, she moved to New Mexico to be with her husband.

In New Mexico, Lauren didn’t give up on schooling and enrolled in New Mexico State University. But soon her crippling anxiety returned. “And the campus was just so big! In my physical condition, it was really hard on me to do all that walking.” On top of that, she and her husband were expecting.

The new family came up with a plan. They’d move back to Miami where they can be close to relatives and Lauren would take another stab at school. “I knew I wanted to go back,” she said. “But I couldn’t be on another campus.” She was also worried about a recurrence of Guillain-Barré syndrome. “Although I was healing, it was hard to know whether things would get better or not. There’s just not that much research around it.” 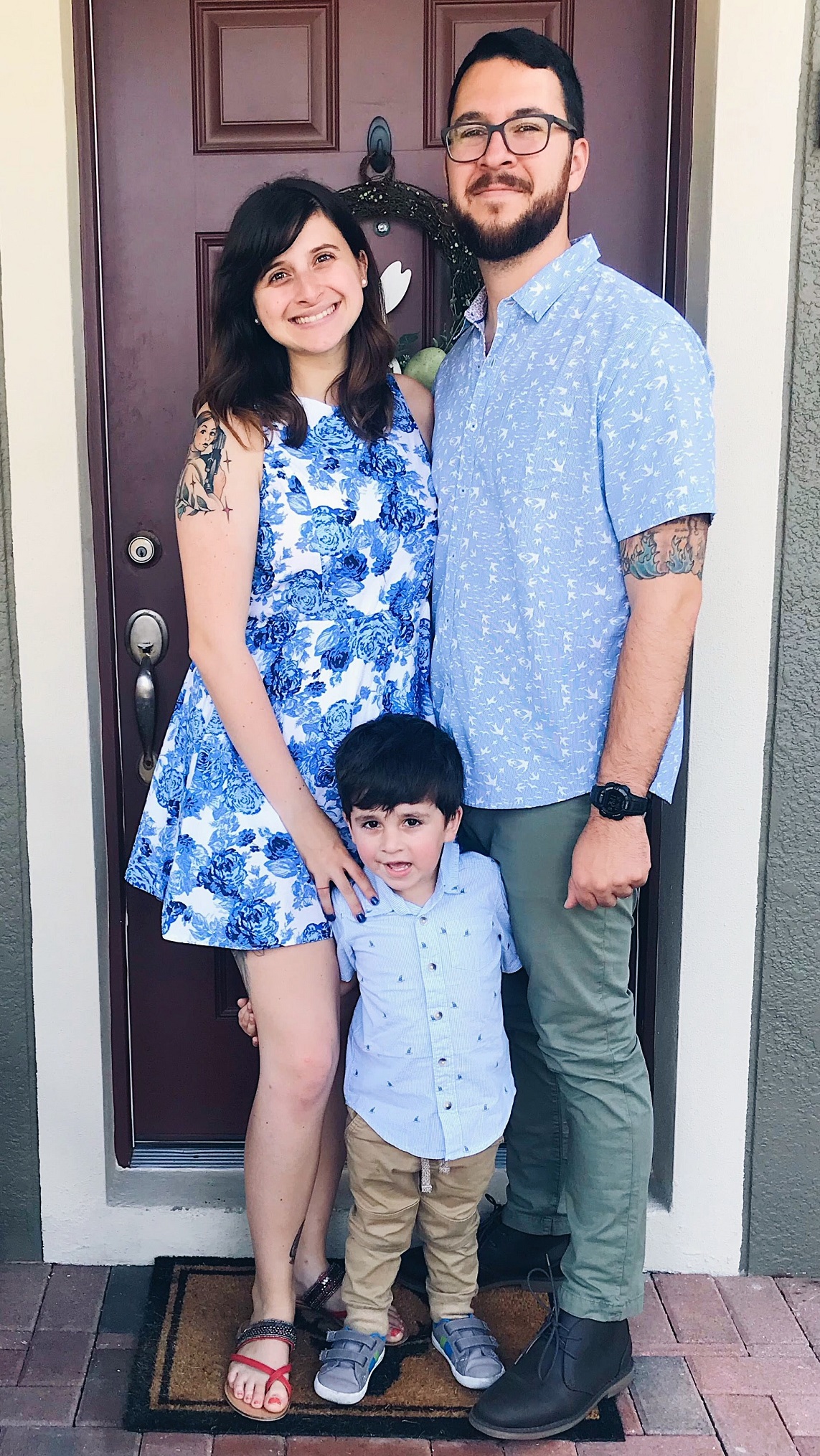 At the behest of a friend, she considered FIU Online. “I admit, I was a bit grumpy about it at first. I mean, everyone went to FIU and I wanted something different.” But when she contacted FIU Online, she was so pleased by the support she received. “They were really eager to get my studies back on track.”

When she finally enrolled in a degree program for recreational therapy, she saw how seriously students and professors took the online courses. “I had peers who’d email me to discuss projects; it was like a community.” When Lauren finally had her baby, professors at FIU Online were supportive and accommodating.

Eventually, Lauren switched degree programs to study early childhood education. “My whole life people said I’d be a teacher, so I decided to just trust them.” She remembers fondly one professor who helped her with the transition. “She was tough, but she really cared. She even helped me land my first job.”

Through FIU Online, Lauren completed her degree in early childhood education, graduating in 2017. She has just completed her first year teaching the fifth grade, says she loves teaching, and that FIU Online faculty really helped her understand how to run a classroom. “FIU Online also helped me build meaningful relationships with people in school when I no longer thought that was possible for me.”

When asked how she overcame all the adversity, Lauren is humble. “I don’t think I’m a special person. But I do think I would not be where I am now had it not been for FIU Online.” As far as we’re concerned, Lauren is a very special person indeed.