FIU alumni recount their story of life, love and FIU

Little did Estrella Viniachi and Eloy Perez know that their educational paths would lead to love. They had met at a Miami Dade College international club when they both began their educational journey. Both immigrants to the U.S., they are the first members of their families to achieve master’s degrees, and both transferred to Florida International University for their undergraduate degrees. Along the way, they married and are living their dreams with careers they worked hard to obtain.

“I was divorced with two children. I was struggling, but Eloy was a good friend and helped me with so many things. I had no family here. He was there for me,” said Viniachi, who stated their relationship began to grow slowly. Viniachi’s heart was still tender from the difficult divorce she had gone through years before.

“He pushed me to go back to school to get my bachelor’s degree and told me to just keep studying because it would be good in the long run. He believed in me,” affirmed Viniachi. “His belief in me and caring for my children made me fall in love with him.” 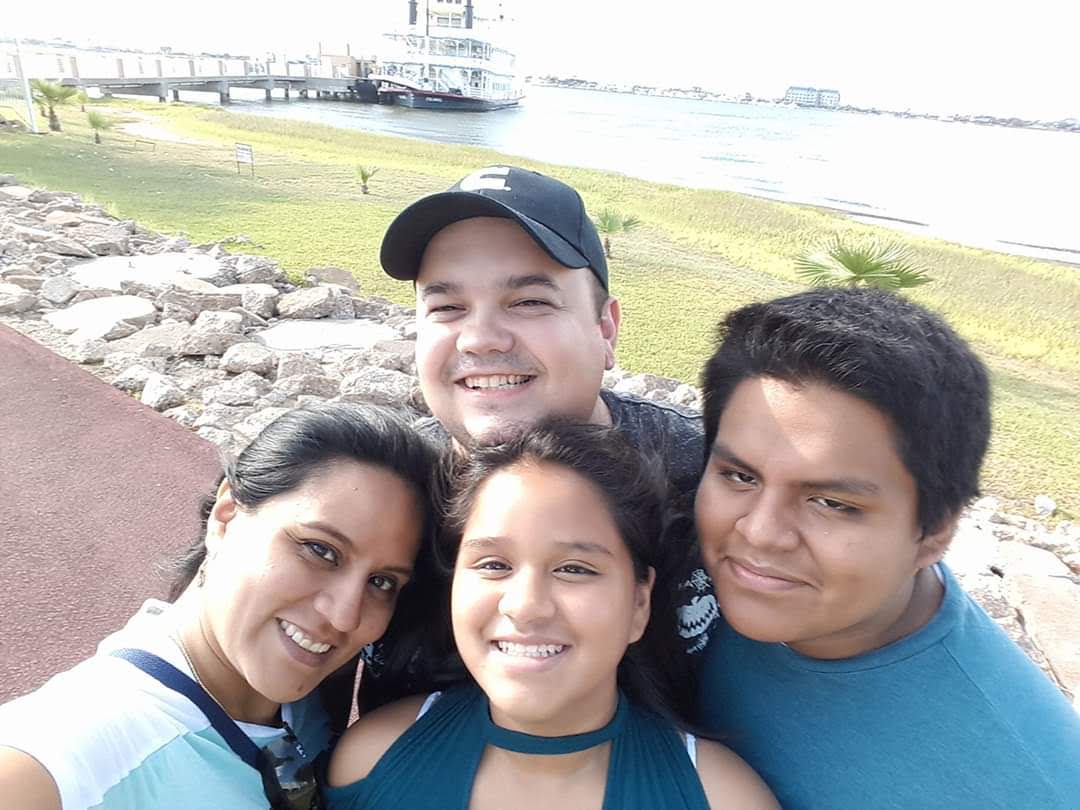 Online learning would afford him the ability to gain experience in a full-time job and free up his schedule so he could study and still be there for his family. In 2016, he graduated with his first master’s degree. Viniachi graduated with her bachelor’s degree in finance in 2012 and was not planning on going further with her education, but Perez inspired her to go on. Engineering management at FIU caught her attention because she was able to complete the degree in one year and it was designed for working professionals. She graduated in 2017.

“Everything we went through, he was there supporting me and doing things for my benefit and for my kids,” recounts Viniachi who said that when Perez saw her course lessons in her master’s classes for engineering management, he decided to go back to FIU to obtain a second master’s degree. Again, he’d do it online to be able to work and provide for his family.

“My wife was doing the one-year engineering management program. I looked into it, and I liked the program, so I decided to do it too,” said Perez who claimed it was strenuous to work full-time, have time for the family, and complete his online program assignments. “The most impact it had with my family was my sleeping schedule. There were many late nights where I found myself going to bed around 2:00 a.m. to 3:00 a.m.”

Perez was used to the rigor, however, and said that while the program did impact family time, he was able to accommodate for some events because he could take his computer everywhere to keep up. He graduated with his second master’s degree in 2018.

“One of the best things about online learning was being able to do my coursework on my own time whenever I wanted to in order to meet assignment deadlines. That was amazing and made the degree possible,” he declared.

Sacrifices were worth it

Perez and Viniachi made sacrifices but insist that they were worth it in the long run. Perez moved to Texas as he obtained an incredible opportunity with Chevron where he is currently an industrial network design engineer. Viniachi worked in Miami and would follow a year and a half later to let her son finish high school. It was a difficult time apart. As a division administrator for GCI Consultants company in the tri county, South Florida area, she now telecommutes.

“We understood it was just for a better life and future and I supported him,” recalls Viniachi who said Perez often counsels her son about the future and choosing what you like because that is what you’re going to be doing the rest of your life. He tells the children that it’s important to prepare with education because you never know what is going to happen—you need to have a career. 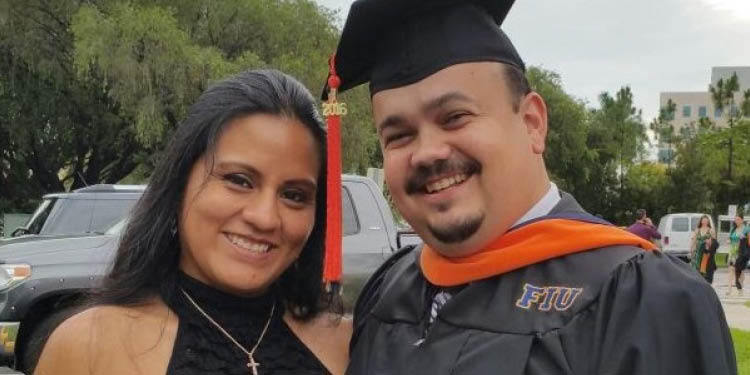 Love makes it all work

“He is my inspiration,” said Viniachi and he’s inspired her son as they are both pursuing ethical hacker certification online, together.

“What inspires me? My family. I want to give my kids a legacy of what they can accomplish—what they can do if they set their mind to it. Also, as a big plus, I really like my job, but at the end of the day, my family is what inspires me to get ahead.”

Together, Perez and Viniachi came to the U.S. and made their way. They are grateful to FIU for the life they’ve been able to build with their education. They’ve learned many things about themselves, and their industries as they pursued their dreams. Viniachi offers a few last tips:

“Love your family, love education, love your future, and love to be together,” she summed up.