FIU Online Student Design Associates Anthony Olivera and Mateo Aguirre, both pursuing their bachelor’s degrees in computer science, and both members of Upsilon Pi Epsilon (UPE), the largest student organization for technology at FIU, partnered with a fellow UPE member and computer science major, Steven Reynoso, to compete in this year’s event. 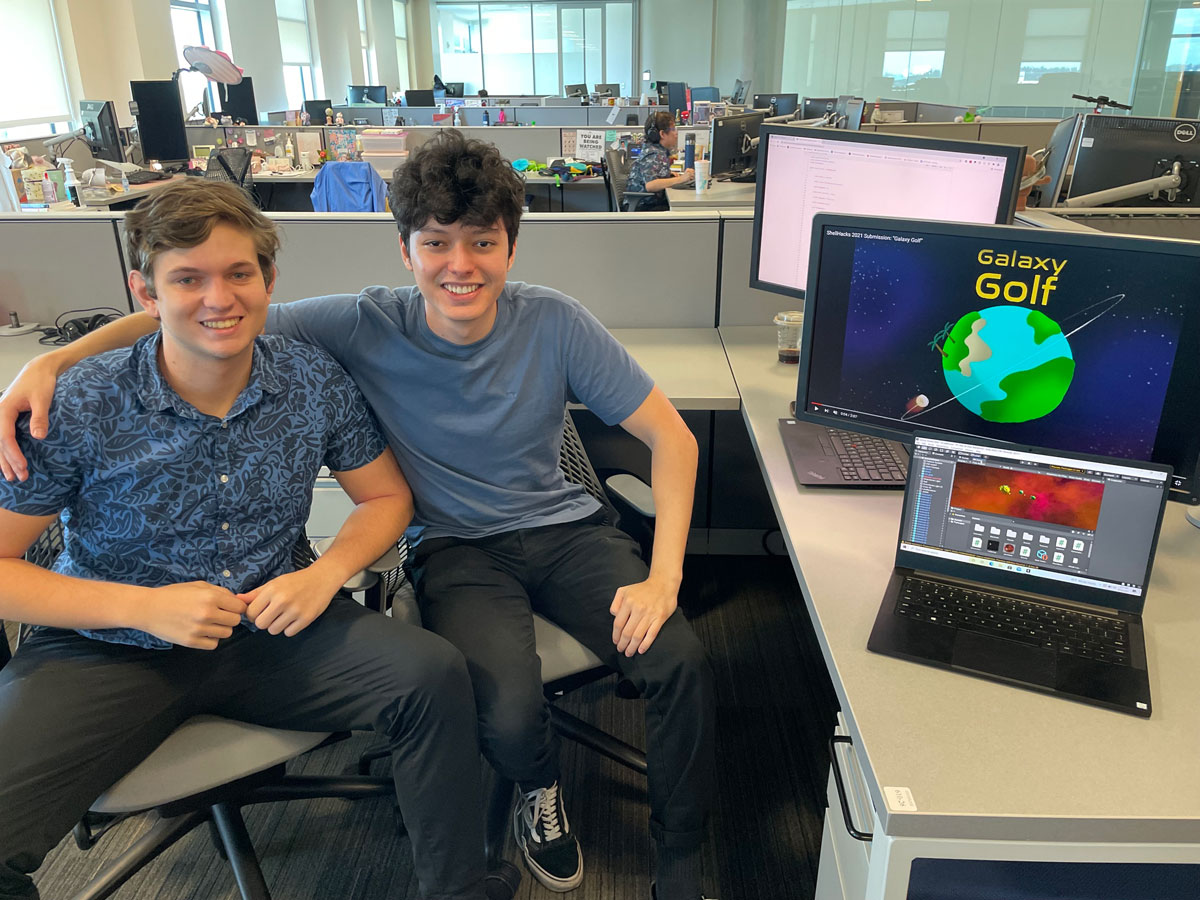 “We’re not really big golf fans, but we were brainstorming, and I said, ‘golf in space,’ and everyone’s eyes lit up,” recounts Anthony. Quickly, the three began dividing up the tasks to create their video game, Galaxy Golf, and submit it to three categories: Space Force, an open-ended challenge; the First Time Hacker Team Challenge; and the Microsoft Xbox Challenge. The team handily took first place in the Space Force and First Time Hacker Team categories.

“We’ve wanted to compete in ShellHacks since we were freshmen. We entered for our portfolios and for fun and we didn’t think we’d win,” states Olivera with eyes of disbelief. “The wins are already added to my LinkedIn account and resume.” 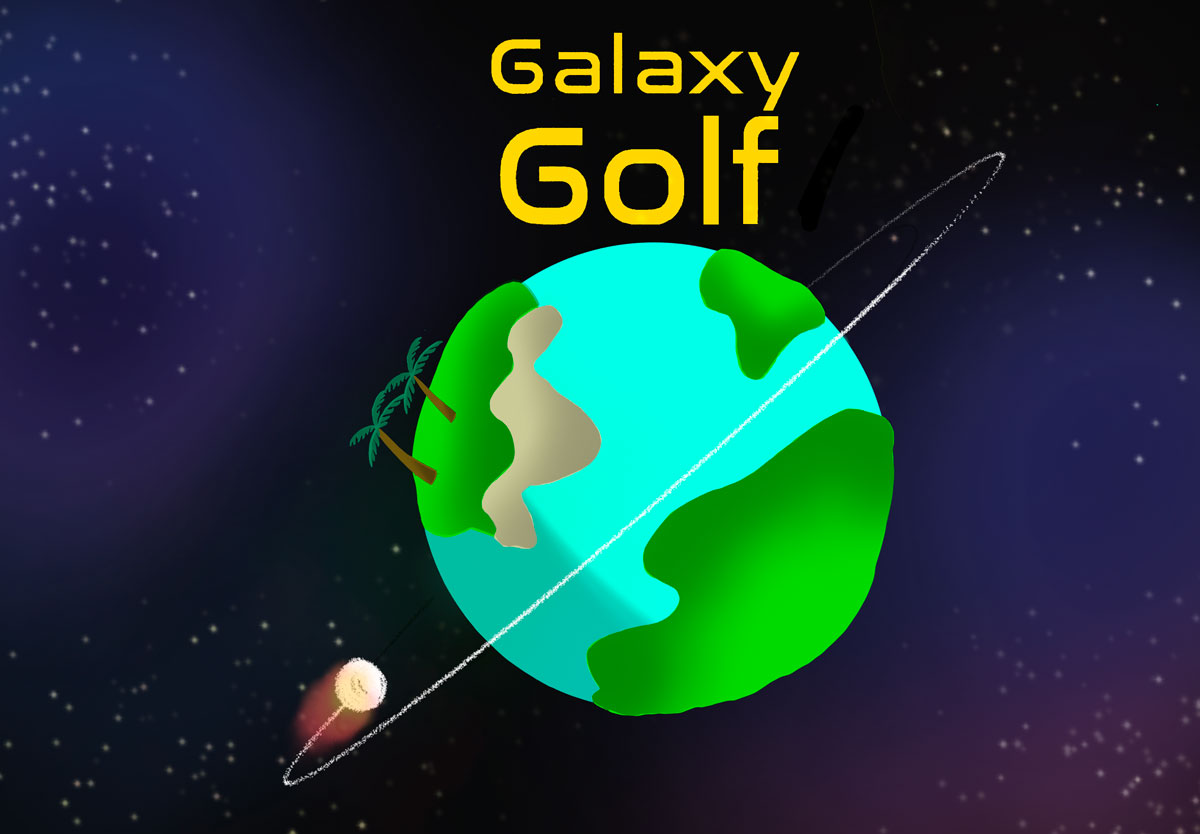 Aguirre recalls that after many hours and fatigue, he started to doubt the project, but they pressed on for the full 36-hour competition with little sleep.

“The winners were announced on a live stream. Anthony was in the room with me when we saw the first category winner,” Aguirre recounts with a big smile. “We went crazy and hugged and then we saw the other category and saw we won again—it was crazy!”

The team members each won a Nintendo Switch and JBL speakers. 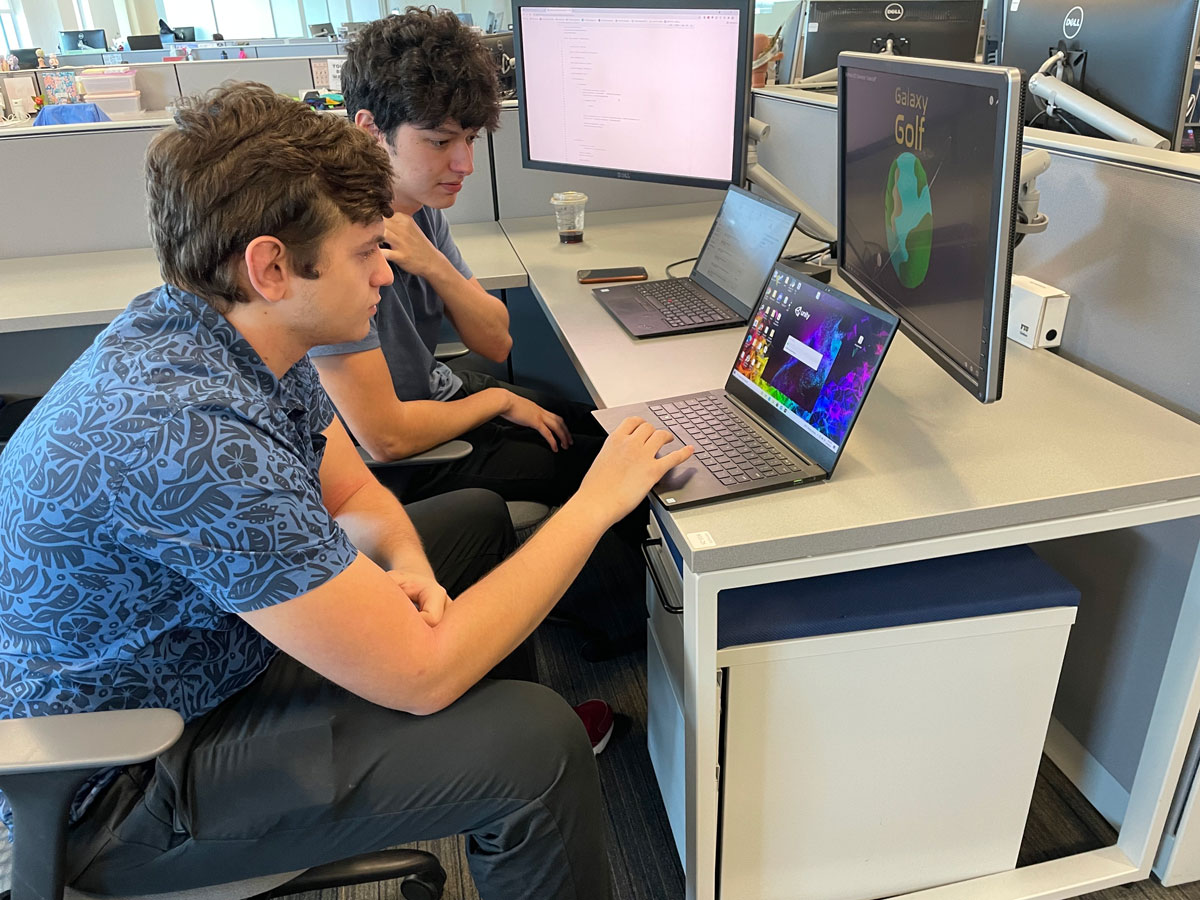 In its fifth year, 1,500 students from around the world came together virtually to attend the 2021 ShellHacks. Students partake in the online career fair, workshops and sponsor events while they build their projects to compete in an array of categories. The event organizers and sponsors judge the projects to select winners for each category.

Organized by FIU’s UPE student organization, ShellHacks’ visibility has garnered support from new startups and companies that are opening offices in Miami in response to the recent “Miami tech wave.” Many students have used ShellHacks as a networking event to secure internships and positions with companies like Twitter, Nike, and Lyft, to name a few. This year’s event was sponsored by Google, Microsoft, Facebook, Okcoin, and 50 other notable companies, including FIU Online.

To create Galaxy Golf, it took the three students eight hours just to learn how to use the gaming programming, then Aguirre created the levels and visuals in the background while Olivera and Reynoso worked on the “physics” of it, including the gravity of the planets and shooting the golf ball. To help them along, UPE provided a mentor, Todd Albert, says Aguirre, and his instruction was essential for their project development.

“Working under the super tight time constraints and working to solve it all with no sleep was probably the toughest part of it, we were passing out by the last hour,” reports Reynoso.

As far as what’s next for the team, Olivera says he wants to continue working on Galaxy Golf to perfect the camera angles and design of the game.

“Because of ShellHacks, I want to get into game design now, after this experience,” states Olivera. Reynoso secured an interview with Microsoft, but if that doesn’t pan out, he plans to continue to work on Galaxy Golf with his team. Aguirre looks forward to working on Galaxy Golf as well and pursuing new passions in gaming and computer science.

“This experience showed me that it doesn’t matter what you think—you just have to do it anyways—you can learn anything online,” concludes Aguirre.